Former president John Mahama is facing stiff opposition from six others for the flagbearership position of the Umbrella family ahead of the 2020 general elections.

The internal polls taking place in 275 polling centres have been generally peaceful.

In a tweet, Rawlings wished all the seven contestants well.

Over 260,000 delegates of the NDC are voting to elect a leader who must win with a simple majority of the votes.

Some of the contestants are former appointees of the former President in the erstwhile NDC government who say they can do better than their boss. The aspirants include former NHIA boss Sylvester Mensah, former Trade minister Dr. Spio-Gabrah, former Majority leader Alban Bagbin and former VC of UPSA Professor Joshua Alabi.

The election is being supervised by the electoral commission. 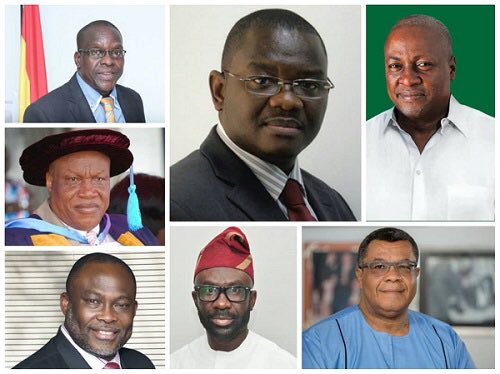 Let’s conduct today’s presidential primaries with dignity, transparency and fairness. My best wishes to all the candidates.

62 people are talking about this

Nanansem.com is one of Ghana's leading news Portals. Nanansem.com reports on Entertainment, news, sports, lifestyle Buzz, and Music . Nanansem.com delivers captivating and engaging entertainment, videos, and news that drives social conversations.It’s a place to stay up to date with trending content across a growing array of topics. With most original content focused on Ghanaian culture . Stay tuned to discover the quirkiest of events, the meatiest gossip all under one dot com. Happy surfing!
Contact us: info@nanansem.com

Photos : More Photos from the Wedding of Kwame Despite’s daughter,...

Get Daily News in Your Mail